Oklahoma has a problem with jailing PEOPLE. But those in power want us to focus on the jails, not the people.

New cages condemn generations of future Oklahomans to incarceration, tearing families apart, subjecting our most vulnerable neighbors to violence, and ensuring our communities are unsafe. But it doesn’t have to be that way. If we say NO NEW JAILS, we take the first step towards disrupting the status quo and shifting the focus towards the people caught in cycles of incarceration, the safety of our communities, and the well-being of our future relatives and neighbors.

The Solutions:
Pre-Trial Decarceration,
An End to Money Bail,
& Resource Reinvestment
in Our Neighborhoods and Broader Communities.
Not More Cages.
No NEW JAILS.

Why you should VOTE NO on JUNE 28:

We want community care, not more people in jail.

The bond resolution proposes an estimated $260,000,000 to build a new jail facility in Oklahoma County. This is not the full cost of the construction of the jail, and does not include upkeep or staffing costs. The bond would last for 30 years, and is essentially a blank check for the jail trust.

the building is a distraction from the management

The problems with the jail go beyond the physical building. The management of the jail has been disastrous, resulting in 8 deaths this year alone. From 2016-2019, 40 deaths occurred in the current jail. Newer, larger jails built across the state have not reduced problems with overcrowding and death, and a new jail won’t solve the problems that go beyond the building. Buildings don’t kill people.
Source: Oklahoma Watch

more than a building, we need a new approach

The new jail is being proposed by the same group of wealthy elites who decided the Oklahoma County Jail Trust was an effective solution, and in turn has only amplified mismanagement and further removed accountability from the people. This same jail trust would be managing the new, larger jail.

The proposed jail will be bigger than the current jail. Research shows that building newer, bigger jails leads to more people incarcerated—a new jail would be solving the wrong problem. Crime is reduced by structures of care, such as reducing poverty and improving neighborhood living conditions, expanding early childhood intervention programs, improving schools and schooling, and reducing the use of incarceration for drug and property offenders. Sources: Tankebe 2010, Social Problems, University of Minnesota.

preventable deaths at the hands of police

The proposed jail includes a wing for mental health services. Nearly 1 out of every 4 people killed by the police are in a mental health crisis. Including these services inside the jail will undoubtedly lead to more preventable deaths at the hands of the police.

Oklahoma has an incarceration crisis. We have the second highest imprisonment rate in the country and taxpayers spend nearly half a billion dollars on the prison system each year. But most people aren’t talking about the way our pre-trial detention crisis feeds into extreme sentencing. Our answers need to be rooted in decarceration, but those in power want to keep us focused on keeping generations of our neighbors locked in cages.

The incarceration crisis in Oklahoma is tearing apart families and hurting our communities. A new jail doesn’t change that fact. What we need to be focusing on is how we reunite families and bring community members home, not newer cages to keep them in.

Women are the fastest growing correctional population nationwide. Local jails are a major driver of that growth. The number of women in jail has increased from approximately 8,000 in 1970 to 110,000 in 2014. And over the past 15 years, 99 percent of jail growth has been a product of pre-trial incarceration. Women may have more trouble affording bail than men because of higher poverty levels and the gender pay gap.

Statistics tell us more than 80% of women in jails nationwide are mothers. In a state like Oklahoma that disproportionately incarcerates women and, in counties like Oklahoma County, where people are caged pre-trial at disproportionately high rates, we can only imagine the number of kids who are without a primary caretaker because their mom is being held hostage by unaffordable, arbitrary bail, even while they’re presumed innocent. Instead of building a new jail to cage more mothers, we should be investing these dollars into our communities to reunite families and keep them whole.

jails are a forceful tactic, aimed at plea deals

Holding people in jails pre-trial is a tactic to send people to prison for long periods of time, used by prosecutors to force a plea deal. Defendants who are detained for the entire pretrial period are 3x more likely to be sentenced to jail or prison and to receive longer jail and prison sentences than people who are not caged pre-trial.

we can fix this, today!

We shift the system closer to justice if we focus not on WHERE they’re caging people, but on urgently reducing the number of people caged in jails at all. A new jail is not a solution to the problems facing Oklahoma County or anywhere else.

there are common-sense next steps available

No new jails is not a radical idea, it’s the common-sense next step to shift capacity to the solutions our community members, currently and for generations to come, need us to focus on.

There's no pride in the status quo

There’s no pride in caging our neighbors in fancier buildings than in other places. Our pride and our energy should be derived in shifting power to make our communities truly safer, and to work towards justice. All of those things require us to divest from the status quo. New jails only sentence us to generations still fighting Oklahoma’s ongoing legacy as one of the top incarcerators and least safe states in the world.

A jail will always just be a cage for punishment

A jail will always be a jail, intended to punish human beings through caging. A new, fancier jail that meets standards will still serve this purpose. We know that safety is not found through confinement but through proper resources and services for our communities outside of the prison industrial complex.

We need well-resourced communities with abundance.

In place of jails should be well-resourced communities where quality housing, nourishing food, livable incomes, healthcare, and transportation, are no longer scarce resources but offered in abundance to all of us. The hundreds of millions poured into building a new jail could be spent on these very resources and in building alternative solutions and responses to address violence and harm in our communities like transformative justice and community accountability.

If there is no new jail what do we do about the abhorrent conditions of Oklahoma County currently?

We move to decarcerate Oklahoma County! An estimated 80% of people locked up in Oklahoma County are there because they cannot afford to pay bail. The solution to this clear criminalization of poverty is to end cash bail. Our criminal legal system in Oklahoma relies too heavily on the bail and fines of those who are and have been caged to continue running. The conditions in Oklahoma County have been uninhabitable for years, yet power holders have stalled on financing a new building, because they are not interested in creating safer conditions for those confined in jail, only in getting Oklahoma County jail out of the spotlight as one of the worst facilities in the country. The real solution is to cage fewer and fewer people in jail pre-trial. We have the power to say no to a long future of continued caging of our fellow community members and to say yes to addressing the root causes of “crime” and ending the dehumanization of jailing our neighbors.

It can start with demanding our pre-trial process meets the floor set by the Constitution. That means everyone has a hearing within 48 hours of being detained, inclusive of weekends and holidays (right now that timeline can be days if not weeks) with representation present (including indigent defense for those who need it). The presumption would be release, focused on providing people with the structural supports they need to return to court (like bus passes, child care, text reminders) and not relying on wealth-based detention and ransom through the system of money bail. Further, we would demand resources shift to keep folks whose survival is criminalized (especially those living outside, those engaged in survival economies) to keep them from ever coming to the jail, and to stop cycles of constant return, without holding the threat of incarceration over them and without demanding they constantly disrupt their lives to meet arbitrary obstacles in court, that doesn’t take into account anyone’s needs or community safety.

What is community safety? How can we achieve it?

Let’s start with the most obvious fact: our current system is not safe, it doesn’t keep our communities safe, and it causes unsafe interactions and short-term and long-term harm through the violence of policing and incarceration. If we stop allowing the status quo to continue to invest in systems, structures, and individuals that maintain unsafety and only respond to harm, we can focus our energy and resources on systems that don’t just respond to community harm, but disrupt it, and move towards actual safety.

Community safety is rooted in abundance, where every person’s needs are met. Where housing, food access, education, mental and physical healthcare are abundantly offered. Community safety is rooted in the understanding that harm and violence are realities in our communities but we have the ability to respond to it in a way that transforms the harm rather than reinforces it. These community-based responses look like transformative justice and community accountability. Community safety also looks at the harm that will be prevented when our needs are fully met. So much violence occurs today as a result of trauma responses. When we seek to address the various traumas experienced in our community through healing rather than policing and confinement we will see more safety. These things are achieved through the mobilization of all of us who see carceral responses as not solving the problems we have faced for generations and wish to bring about shifts in the ways we do things. We achieve community safety in our daily interactions with our neighbors. We achieve community safety by saying No New Jail in Oklahoma County!

If there is no jail, what do we do about violent crime?

A great place to start is by looking at what we do now—the current system doesn’t protect people from violence, and actually continues cycles of violence through the continued harm of caging human beings.

Up to 80% of people incarcerated in Oklahoma County jail are there because they cannot afford to pay their bond. This is a direct example of the criminalization of poverty. Jails, prisons, and policing serve as the only response our city uses to address “crime.” Despite this, occurrences of violence do not lessen through these carceral responses. This is because addressing violence with state violence only increases violence, rather than interrupting it. Evidence shows the promising efforts for non-carceral responses to address, respond to, and prevent all forms of violence. As mentioned in the community safety section, large amounts of violence and harm would no longer occur if basic necessities were met across our City. Research shows that well-resourced communities experience the least amount of violence. Our effort to reduce violence should focus on resource investment rather than more confinement.

Furthermore, the most often cited charges for Oklahoma County jail are non-violent offenses related to substance use and homelessness. Even so, all people charged have the right to a speedy trial. The average time spent in this jail is 135 days. People charged with violent offenses still deserve to be treated humanely, a reality confinement is not capable of.

Together, we can direct the focus to the people affected by these systems, not just the buildings they're caged in. 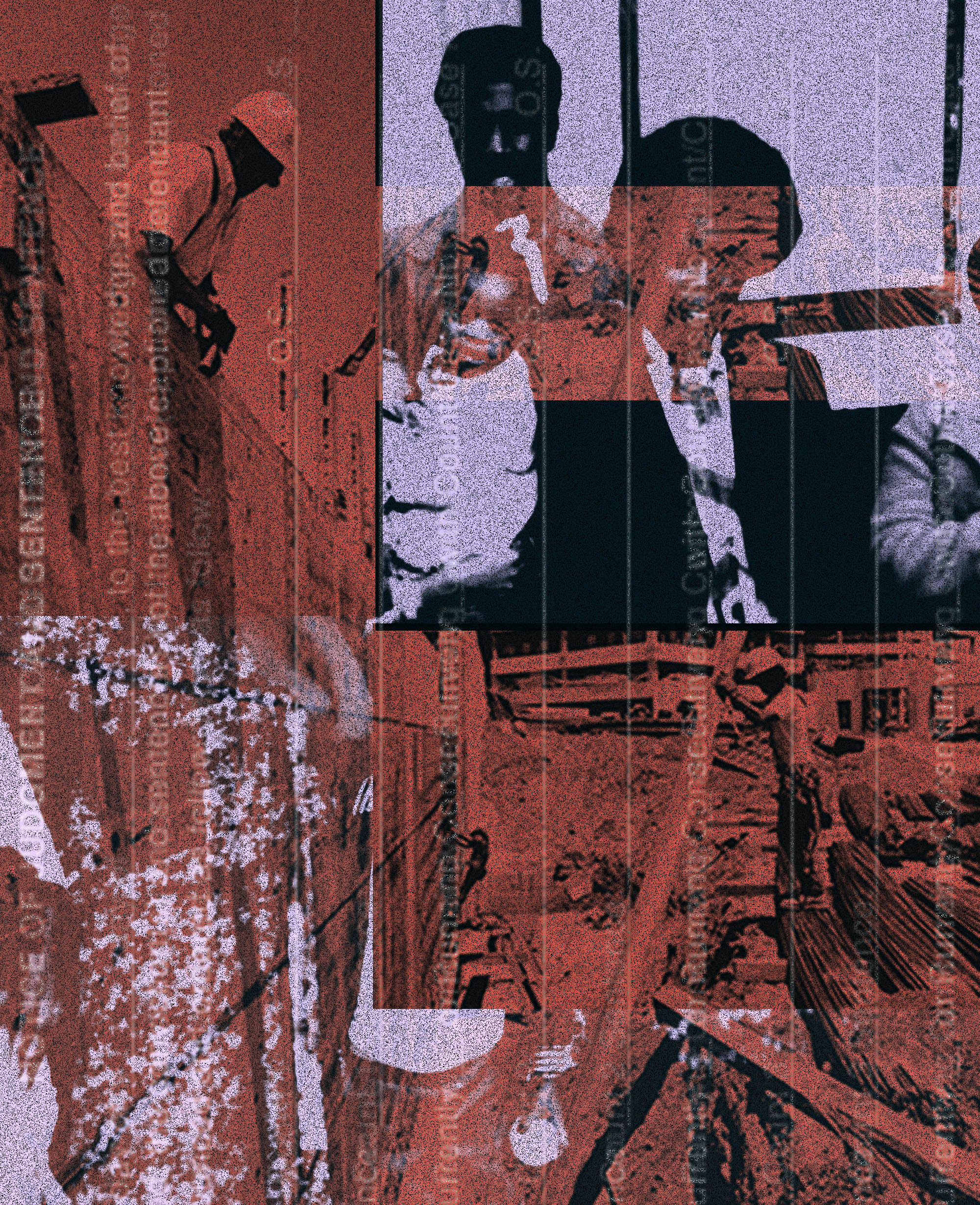 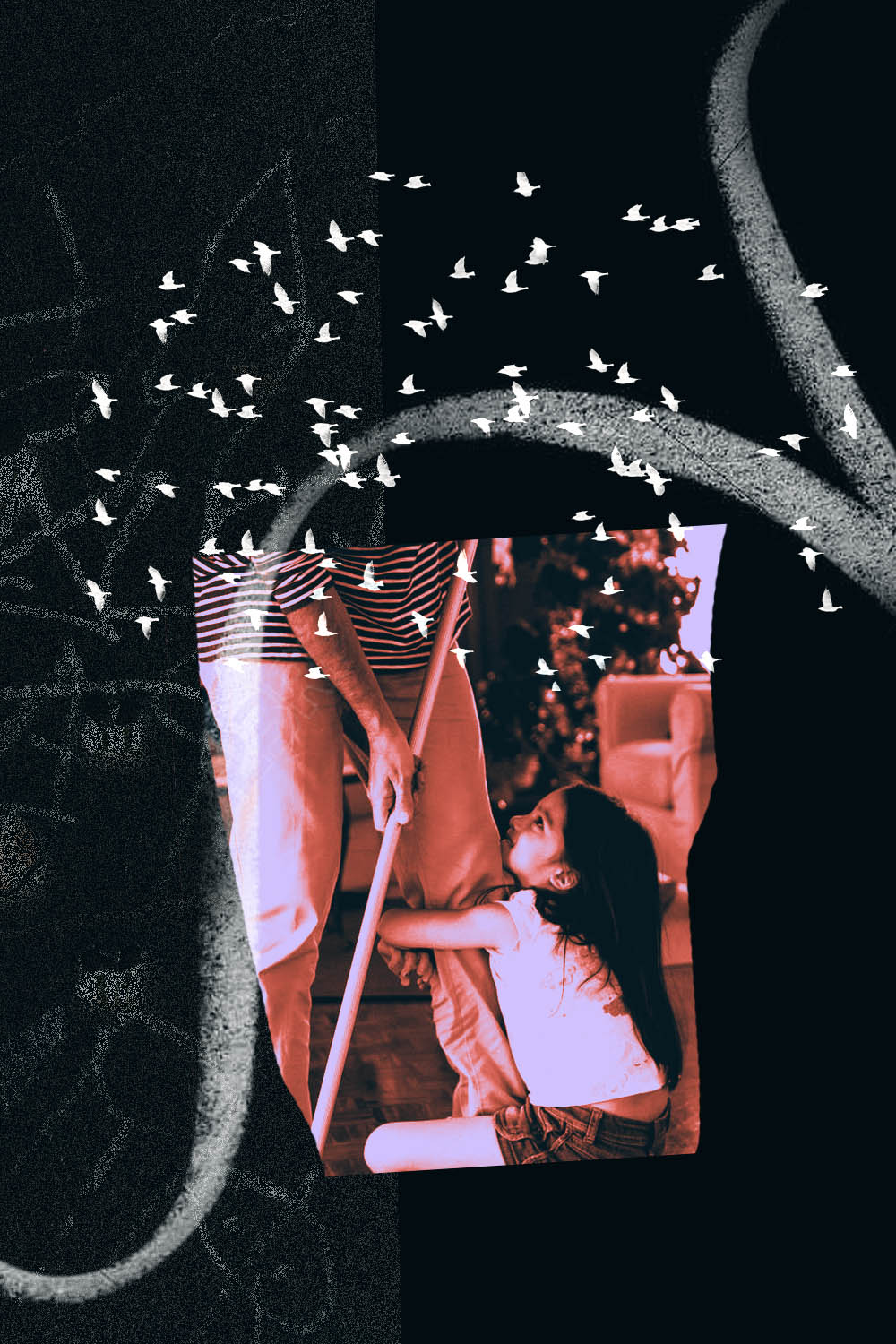